This all original 1996 Porsche 993 Carrera Coupe is finished in the classic Black over Black partial leather interior. It has just under 76k original miles and is equipped with a manual transmission. 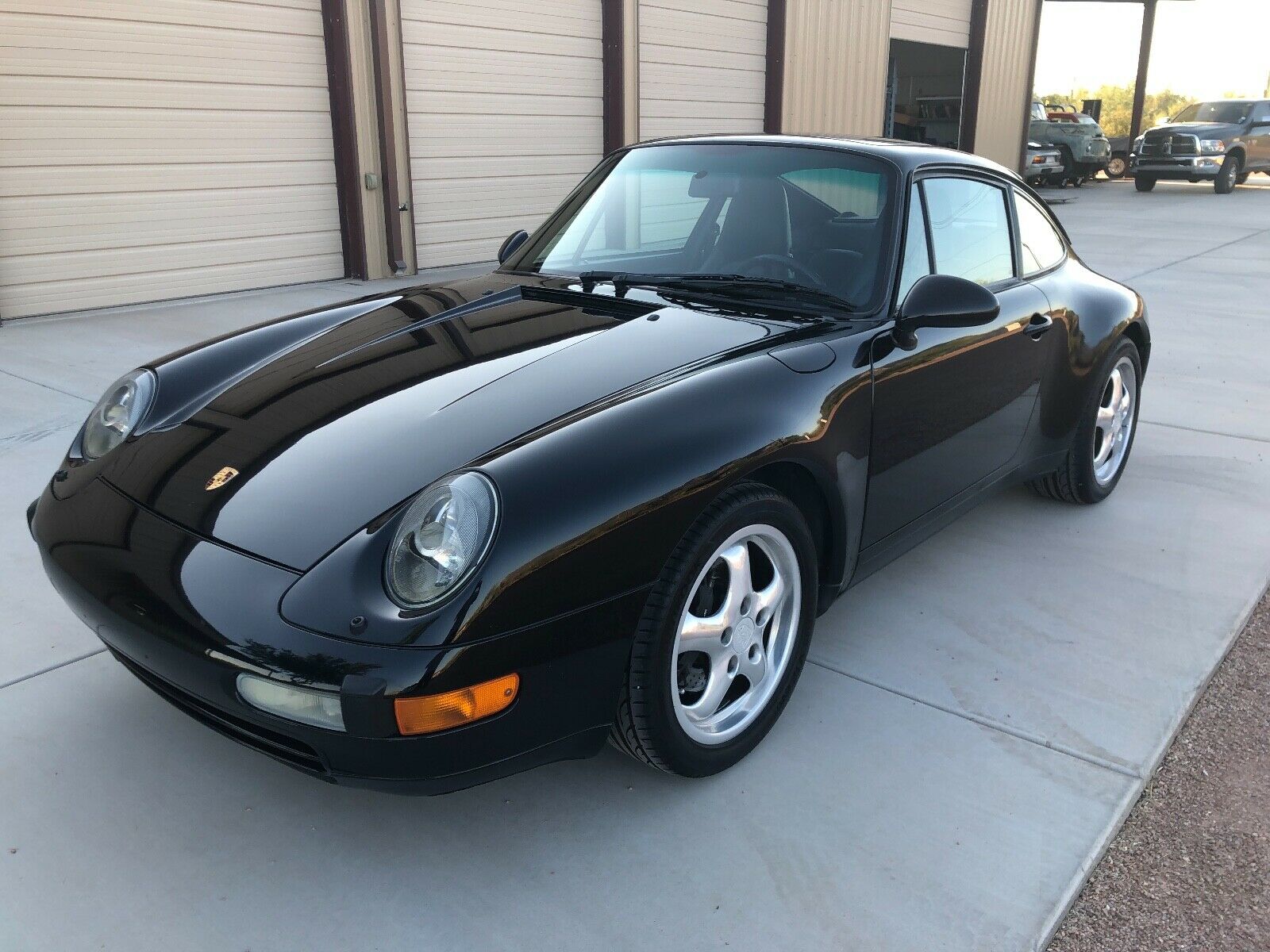 The classic Black exterior on this 1996 Porsche 993 Carrera Coupe is in good drivers condition. The Black paint has a nice deep shine all around however it does have a few imperfections in the rear driver side quarter panel area. It looks like someone did some touch up work to the paint in that area and there is also some wear in the clear coat up near the rear window.

This 1996 Porsche 993 Carrera Coupe is sitting on the correct wheels that are wrapped in tires that have less than 2,000 miles on them. 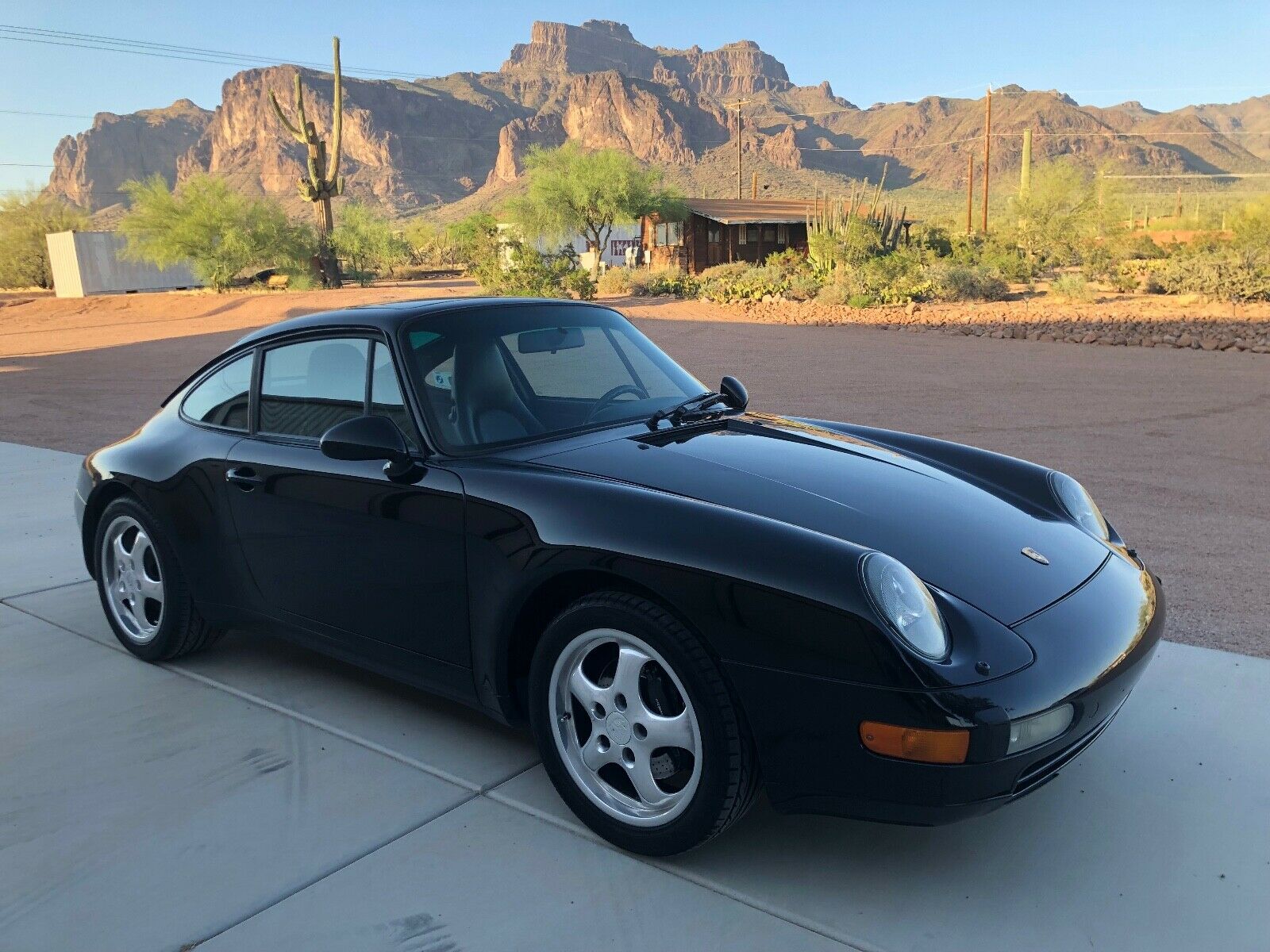 The Black partial leather inter looks good as well. I didn’t notice any warping or cracks in the dashboard and all of the components look to be present. Both front seats show a bit of wear on them. Especially the driver side bolster area. Although it doesn’t look like there are any rips or tears. This could probably be improved with a simple dye job. There is a plastic trim piece missing on the driver seat by the right bolster.

The seller says that the backseats on this 1996 Porsche 993 Carrera Coupe look like they haven’t ever even been used. They also mention that everything works properly except for the sunroof and that the gas gauge does not read accurately when it has a full tank of gas.

This 1996 Porsche 993 Carrera Coupe only has 75,800 original miles and it is equipped with a manual transmisison. 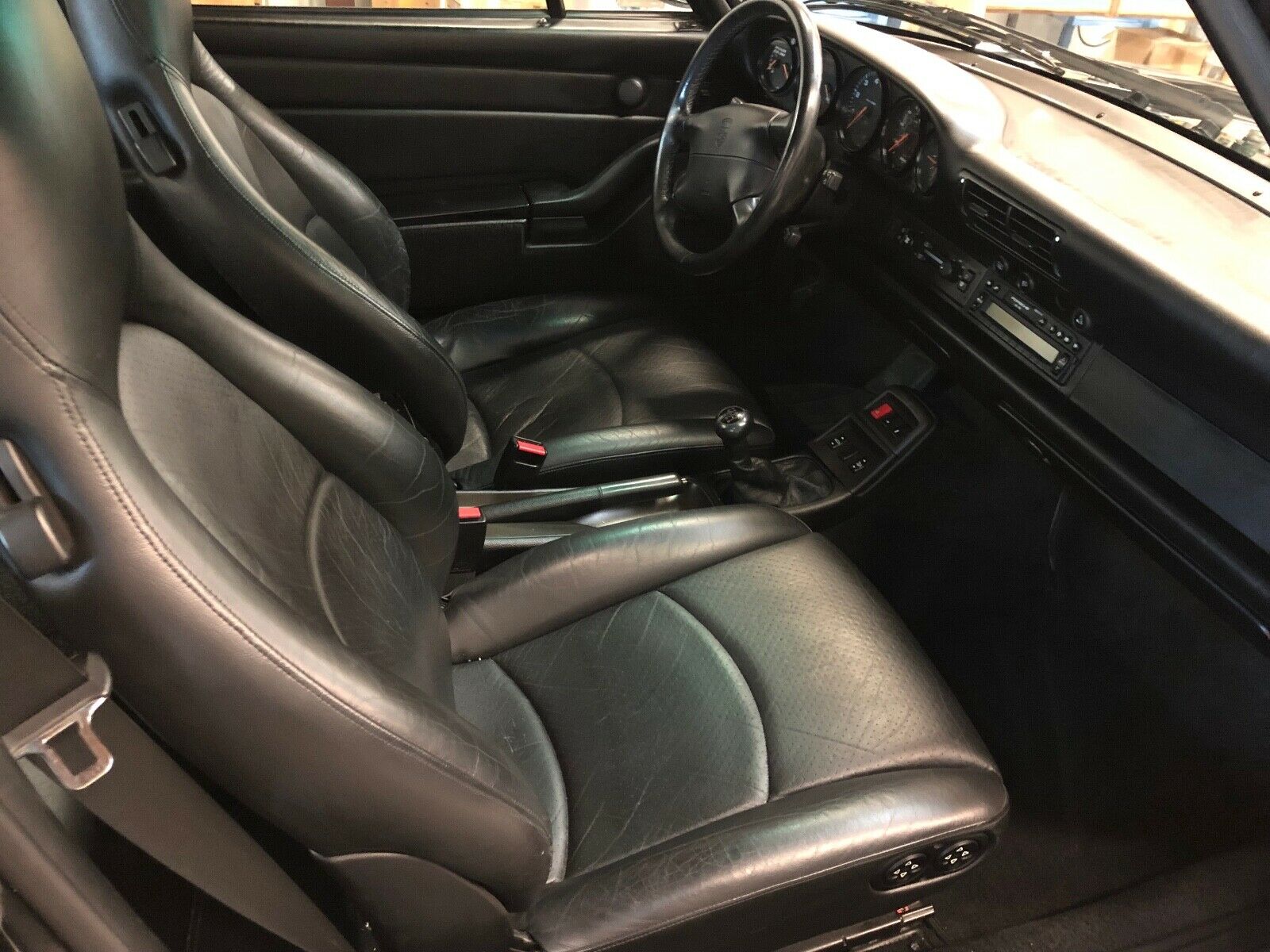 Overall I would say that this is a great example of a classic Black over Black 993 Coupe. It spent almost its entire life in Southern California until the current owner purchased it a little over a year ago. Since then it has spent its time in Arizona.

Included in the sale of this 1996 Porsche 993 Carrera Coupe is a clean CarFax report and one set of keys. This vehicle is currently located in Mesa Arizona.

The original ad has just under 3 days left on it and it is being auctioned. It is currently sitting at its starting bid of $46,500 and at the time of this post there are 50 people watching it. 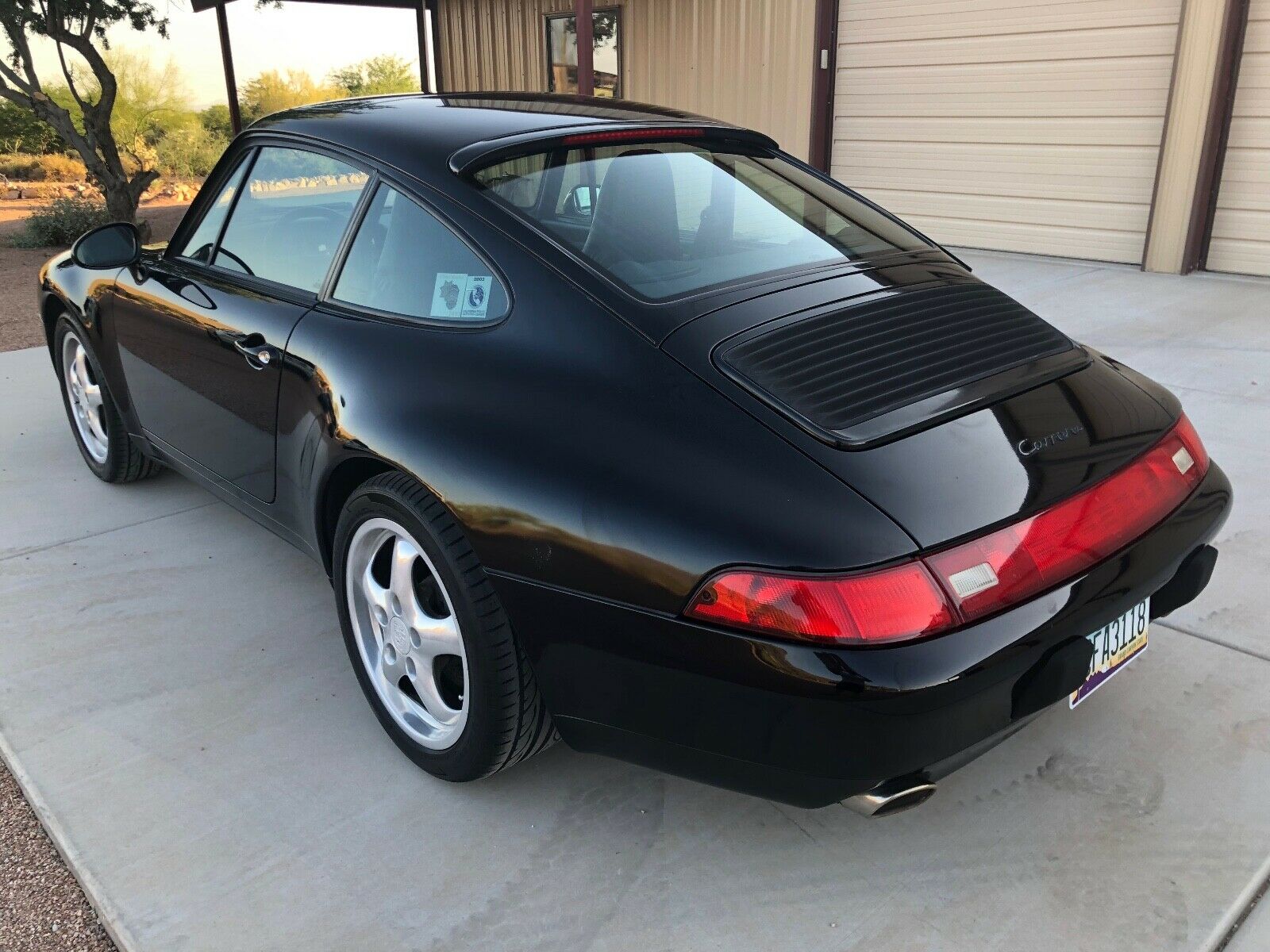 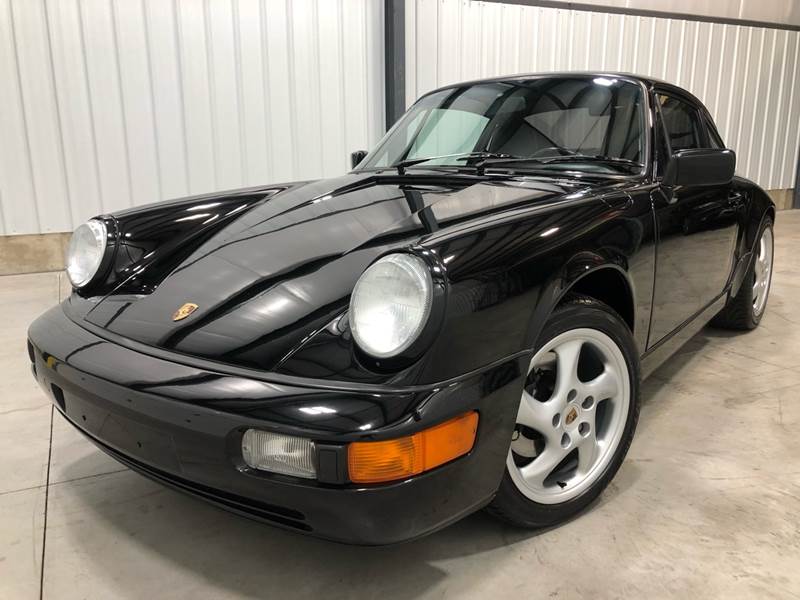 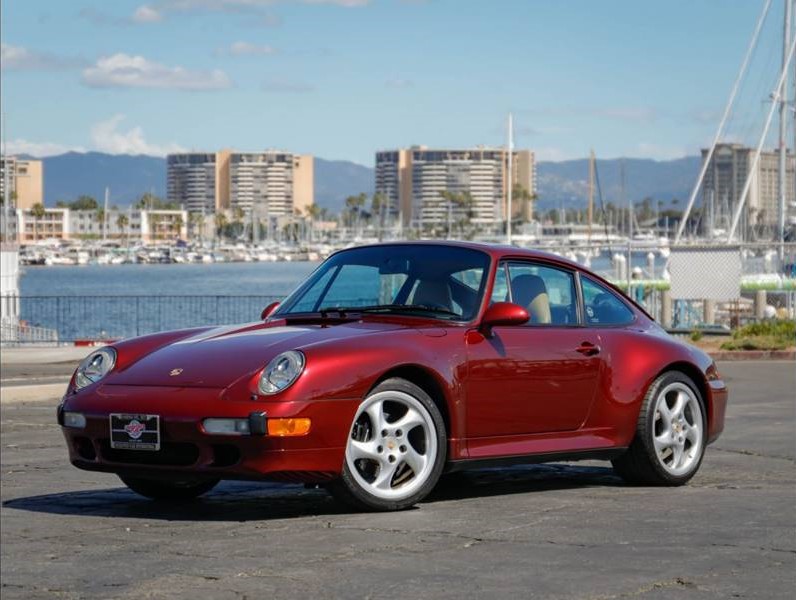 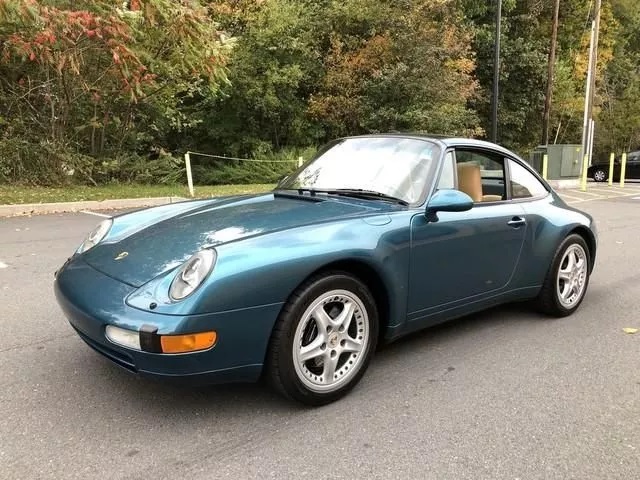 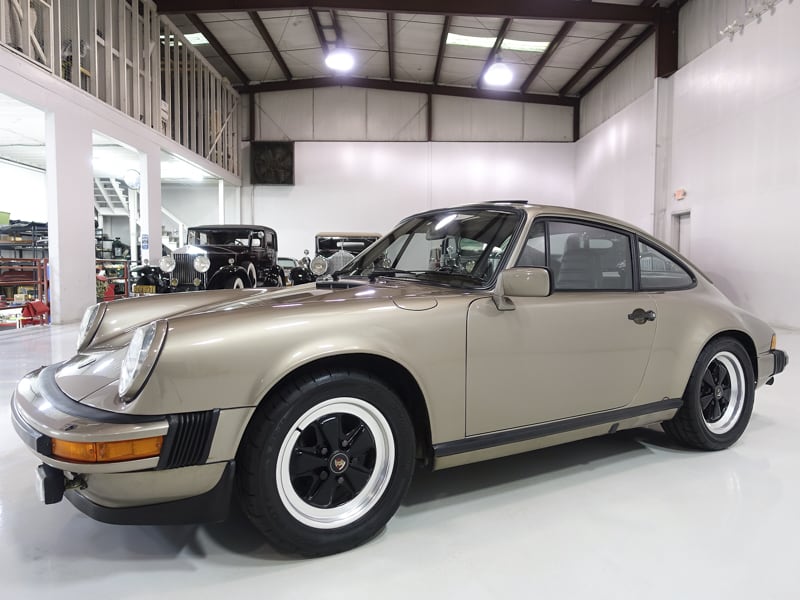